It may surprise many to know that Ross Brawn developed his competitive nature and his technical and business skills through designing, building and racing 1/32nd scale slot cars.

In the early 1960’s, his dad, Ernie, was a member of the Ashton-under-Lyme slot car club in Lancashire, where he introduced Ross to the hobby.  At the age of nine, Ross’ engineering skills were already apparent and a picture of his beautifully built 1/32nd scale Cooper Oldsmobile sports racing car featured in a race report in a 1964 issue of Model Cars magazine.

As a member of the Reading slot car club, Ross continued to pursue the hobby with passion into his early working career, contributing technical articles to Model Cars magazine and at the same time developing his business skills, when in 1970 he partnered with Tony Hough, a colleague at the Atomic Energy Authority in Harwell, Oxfordshire, to manufacture and sell slot car racing components.  Their part-time hobby business was called HB Products – Hough and Brawn – with Ross mainly designing and building the slot car chassis.

In the late 1960’s, in order to attract more people to the hobby, the Electric Car Racing Association, which governed slot racing at a national level, introduced a low-cost class of racing, Formula 32.  These cars used stock components and a very basic low-cost chassis with stringent design limitations.  From 1970 to 1975, an enterprising Ross handmade F32 chassis from brass and wire under the HB Products brand.

Ross left slot racing behind when he got into full-size motor sport in 1976, joining March Engineering in Bicester, no doubt entirely due to a lack of spare time rather than loss of interest.  He joined Williams in 1978, followed by stints with FORCE/Beatrice and Arrows.  TWR Jaguar hired him in 1989, where he designed the 1991 World Sports Car Championship winning Jaguar XJR-14.

Later that year, Ross returned to F1 as the technical director at Benetton, helping them win the World Drivers Championship in 1994 and 1995 with Michael Schumacher, and the 1995 World Constructor’ Championship. Ross joined Ferrari in late 1996, where he again teamed up with Michael Schumacher as technical director and helped Ferrari regain glory when the team won the Constructors’ Championship in 1999, the first of six consecutive titles.

At the end of 2006 Ross took a sabbatical until November 2007, when he became the new team principal of Honda F1. A year later, on 5th December 2008, Honda announced their withdrawal from Formula One, leaving the team with a brand new chassis for 2009, but with no engines. Three months later Ross engineered a buy-out of Honda F1 and announced their entry to the 2009 F1 World Championship under the new name BrawnGP, using Mercedes Ilmor engines.

In the first Grand Prix of 2009 in Australia, Jenson Button qualified the BrawnGP in pole position, with Rubens Barrichello second fastest.  They went on to finish in that order.  Of the 19 Grand Prix races of the 2009 season, Button won 6 and Barrichello won 2, while the team finished in both 1st and 2nd places in 4 races and in podium positions in 11 races, to win the F1 Constructors’ World Championship, with Jenson Button winning the World Drivers’ Championship.

A few years prior to Ross joining Ferrari, a young Italian engineer by the name of Maurizio Ferrari (no relation to the great Enzo Ferrari), had joined the Scuderia’s electronics department. Maurizio got into Formula 1 in 1990, when he wrote his university graduation thesis on the Life W12 racing engine, the brainchild of Franco Rocchi, the former Ferrari engineer who had designed the Ferrari Boxer and the T series car alongside Mauro Forghieri.

Founded by Ernesto Vita, Life Racing Engines was a small Formula 1 team from Modena.  While the W12 engine was revolutionary in concept and design, the team was massively underfunded, never having more than one chassis and two engines, and hardly any spares.  Despite the best efforts of drivers Gary Brabham and Bruno Giacomelli, the car constantly broke down in practice and Life failed to qualify for a single Grand Prix.  Life folded at the end of 1990 and Maurizio was given a job at Ferrari, working in the Scuderia’s electronics department.

When Ross joined the Scuderia as Technical Director in late 1996, Maurizio recalls telling his parents that he thought that the Englishman would once again make Ferrari great. But by then Maurizio had decided to move on to pursue an independent career. He had always been a slot racing enthusiast and wanted to start his own slot car company. Roberto Dalla, now head of Magneti Marelli and Maurizio’s then immediate boss, refused to accept his resignation and marched him off to see Ross, who he thought would dissuade Maurizio from resigning. When asked what he had planned to do in the future, Maurizio told Ross that he wanted to start a slot car company — and the discussion continued around slot cars, the resignation never once being mentioned! 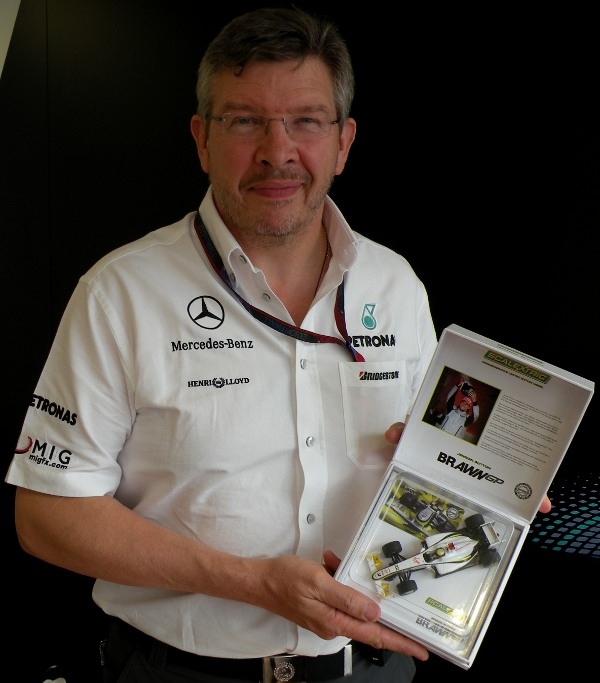 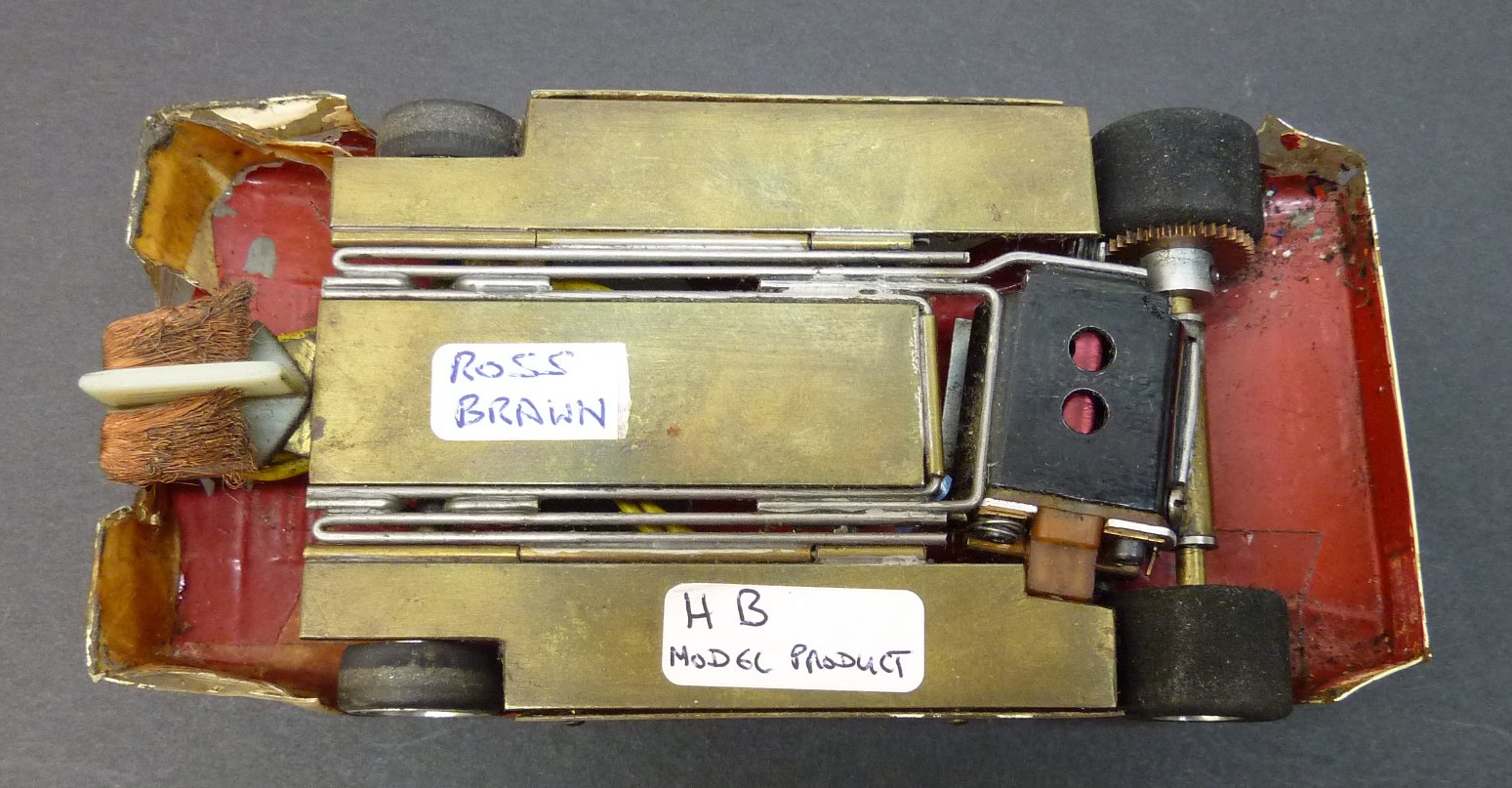 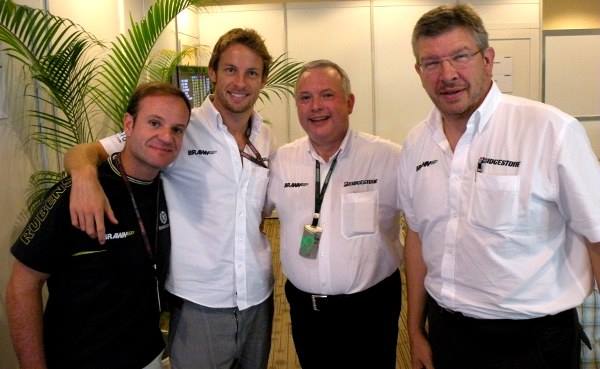 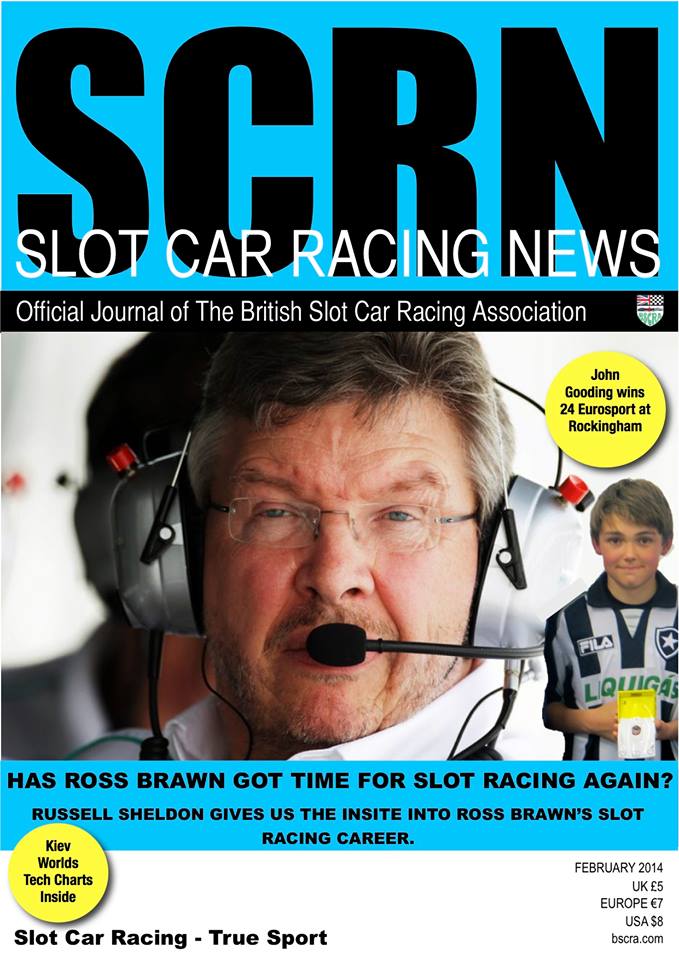